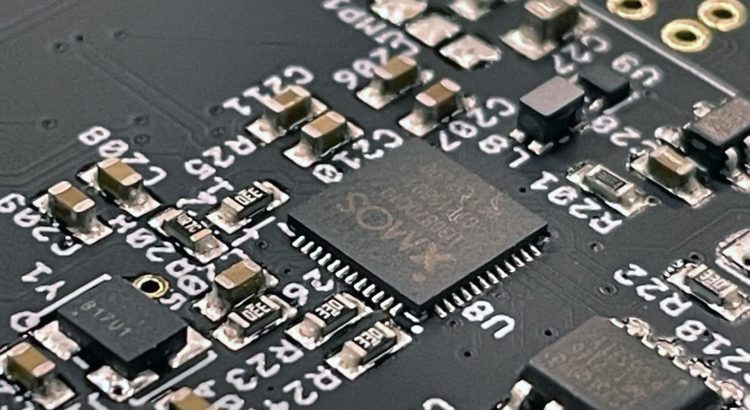 Element III manufacturing has been challenging, to say the least. We were ecstatic to release Element III and pleased to see a strong reception from customers all over the world. Thank you! Then a few things went frustratingly wrong. Like knobs which arrived wobbly or broken, or DACs which threw error codes upon arrival (yes, we tested!). This absolutely did not match our vision, and understandably, we lost the trust of some customers.

This post was intended to be shared sooner, alas, manufacturing and shipping improvements evolved over the past two months during which time we fully expected faster, complete resolution. During April, around 93% of Element IIIs arrived safely: 93% may be a A-, but Quality means delivering 100% of products fully functional, reliable, and as advertised. Delivering 100% is our goal and I’m sorry we fell short.

We’ve been working closely with our suppliers to remove weak points, while simultaneously strengthening our own quality control processes to ensure Element IIIs arrive safely and run reliably. Below explains what went wrong, and how Element III manufacturing is back to 100%.

Edit: As some have asked, yes, all Element IIIs shipping from jdslabs.com after June 2nd, 2022 are built with all improvements described below.

The majority of of Element IIIs have arrived with properly mounted knobs, but some arrived wobbling as demonstrated below. Please reach out if you haven’t done so already and we’ll be glad to help.

Good Knob – Element III’s knob should spin like this:

Damaged Knob Shaft – The knob should not wobble like this:

Please keep in mind the large knob is intended to be gripped or turned by the sides, as you would with any large stereo or washing machine knob. Intentionally wiggling or touching along the top edge (“scrubbing”) will reveal tilt from most large knobs. This is expected. Wobble shown above is not expected.

We rejected several knobs during the first week of assembly. Video clips were documented and shared with staff for future reference. Later in the month, the same concerns began appearing in support requests.

We initially believed our internal Q/C team had failed to reject misalignment during assembly. We added more eyes to final knob inspection and ultimately learned several factors were involved. In chronological order of our understanding:

We respond to setbacks immediately, and either correct, or halt shipping until we can confidently deliver. By the second large wave of Element III shipments, our team was confident that every knob was well aligned at the time of departure. When some feedback was still unsatisfactory, we lost confidence that Element III could be safely delivered. And thus, we ceased shipping Element IIIs in recent weeks to resolve the root cause.

In response, we scrapped the original encoder and made the following changes:

The first two months of Element IIIs were electrically flawless. Our PCB assembly partners in Chicago X-Rayed every board and checked leadless packages for perfect solder adhesion. 100% passed at JDS Labs. No complaints!

Then in April, we began to catch failing boards during assembly. Some could not be programmed. Others failed to respond to knob activity, or had no USB signals, or no screen activity, or simply blinked a communication error code we’d programmed to signify a communication failure. We set the bad boards aside and assumed our contract manufacturer had changed their Q/C procedure. To my great dismay, a small number of customers began reporting similar problems as soon as their packages arrived–after passing full listening tests on our production floor! We arranged immediate replacements with prepaid labels wherever possible.

I called our engineering contact in Chicago and learned they had reduced the amount of solder paste at the processor in effort to maximize yield. They randomly sampled and X-Rayed only 25% of boards after the change, and because all samples passed, the entire batch had shipped with the expectation that some boards might be returned for rework. The “improvement” had resulted in the opposite effect: Yield decreased drastically.

The cause was obvious under a microscope. Some of the leadless XMOS processors exhibited marginal solder joints:

Having lost trust in the batch, we rejected and returned every board for rework–passing or not. Every single processor pin was professionally reworked and inspected under magnification to ensure soldering integrity.

We also worked closely with our partners in Chicago to improve manufacturability of the June batch. Pads were made longer to better facilitate SMT reflow, touchup, and automated optical inspection.

Soldering on the June batch looks much better under magnification, and yield has been restored to 100%:

More importantly, our internal Q/C team has added a long-duration functional test. Every Element III is now required to pass a basic vibratory test and play music for several hours, in additional to complete functional testing. We continue to validate each batch on the ApX555 as well.

Element III is now built with a redesigned, stainless steel volume control shaft for improved ruggedness. Electronics yield is back to 100%, and we’ll continue inspecting each amp/DAC rigorously.

We resumed shipping Element III two weeks ago and are pleased to report that all every shipment has arrived safely to customers in the US, Europe, and Asia.

One thought to “On EL3 Manufacturing”