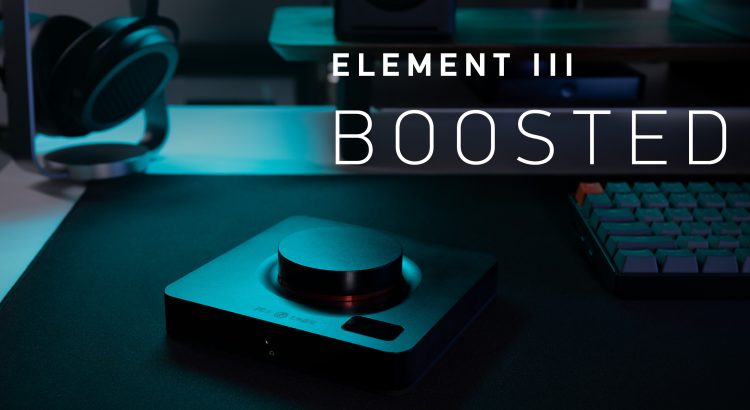 We’ve long maintained that most headphones on the market need below 1W of power for normal listening. This is why all of our recent amplifiers have been designed around this figure–until now. Element III Boosted is for those of you with an appetite for ill-advised volumes from the world’s most power-hungry headphones.

No, we still have no interest in a spec race. In all honesty, we built Element III Boosted after a customer pointed us to a discussion claiming that JDS amplifiers were incapable of powering inefficient headphones. Rather than continue to preach that enough-power-is-enough, we ordered a larger dummy load and assembled a more powerful Element III. This is not a firmware change, nor a complicated redesign. More time was spent waiting for an adequately heatsinked 32Ω dummy load than designing (so that our usual dummy load did not self-destruct).

You may choose Standard or Boosted Power from the Element III page. Please keep in mind we secure output buffers on a near annual basis due to long lead times, so Boosted Power will be available while our inventory allows.

One thought to “We Boosted Element III’s Output Power”