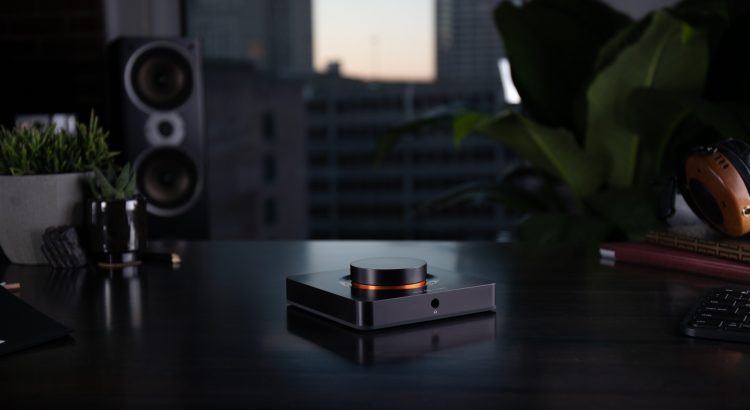 The Element is a timeless mechanical design which has remained in demand for over four years with only minor electronics improvements. While we could keep building the same, we’re excited to share more of our best work.

Element II has been re-engineered as the flagship JDS Labs amp+DAC and amplifier. If you’ve been looking for a metal version of Atom Amp, Element II adopts the core amplifier technology in a CNC milled, aluminum chassis. Preamp RCA outputs are button controlled, so you can use the large knob to adjust your speakers without disconnecting cables.

Element II is DC coupled throughout, relying on +/-15VDC rails derived from internal AC rectification with 50% more input capacitance and lower ripple compared to the first generation. The amplifier and USB DAC are both powered by an external 16VAC 1000mA transformer. Element II runs safely warmer than Element, as expected from powering its own DAC (no more USB power).

Amplification circuitry and PCB layout are inspired by Atom Amp, with greater PCB surface area dedicated to amplifier thermal relief. Higher noise tolerance NJR opamps are utilized in the voltage gain stage, along with thin film resistors for tighter channel matching. In short, this means less variation from one assembly to another.

The amplifier accepts up to 2.2VRMS at high gain of 4.73x, with headroom for Element II’s 2.0VRMS DAC. Low gain is set to unity (1.0x) for sensitive headphones. Volume is controlled by an Alps 9mm potentiometer with optimal 15A taper.

Element II relies on an AK4493EQ for digital-to-analog conversion. We debated sticking with the popular AK4490EQ, but favored the small increase in dynamic range.

Element II is the first JDS Labs DAC to utilize an XMOS XU208 based USB Audio Class 2 implementation, supporting up to 32/384kHz PCM.

The XU208 is clocked by an SiTime MEMS oscillator with phenomenally low jitter, outperforming the original Element by two-orders of magnitude. Jaw dropping. Can I hear it? Afraid not. But it remains technically impressive and we did not have to re-invent the wheel. I only regret not moving to XMOS sooner.

Element II ships with a custom 1m (3.2ft) USB cable equipped with a ferrite core for best EMC and noise performance. We have been using TDK ferrites to conduct in-house measurements for years, and find that jitter measurements are more repeatable from one system to another when doing so.

No drivers are required by Windows 10 or modern version of Mac OS or Linux. You may optionally install Element II’s XMOS driver for ASIO support. For now, Element II will rely on royalty-free XMOS drivers. If there is sufficient demand, additional features will be considered in the future.

Element II has been in the works for years and we’ve accumulated a box full of canned prototypes.

In fact, Atom Amp was derived from Element experiments. We’d tentatively planned Element II for a 2018 release, but I was frustrated by unimpressive performance gains, or worse, diminished performance, of early prototypes. At one point, analog input was accomplished through a costly ADC. I took a step back and checked our goals: (1) Enable preamp output, (2) Modernize the amp+DAC , and (3) Don’t fix what’s not broken. Focusing only on the top goal was the trick, and this led to a tangent we dubbed Atom Amp. The lessons learned from building Atom Amp were merged back into Element II.

Alas, Element II missed its first release in early 2019 due to EMC compliance failure. We had embarked on an idea that required a USB daughter-card, in order to simplify inventory and production batches. I knew it would be a risk for I2S to jump a ground plane. This choice was the first time we failed FCC and CE emissions checks. We returned to a single board and invested in a 1.5GHz spectrum analyzer to rapidly reach compliance. Thus, Element II debuts at version 2.11. 🙂

Element II is in stock and ships today!